Rather than reinventing the wheel, Alstom’s take on ‘smart mobility’ is very much a question of improving the existing. Solutions range from its 100% electric Aptis bus and self-driving shuttles to real-time metro maps, train carriage occupancy info, and predictive maintenance for rolling stock.

All-in-all, a portfolio due to be further showcased at UITP’s upcoming Global Public Transport Summit (GPTS) in Montréal.

First and foremost, Aptis – a twelve-metre-long bus with capacity for 100 passengers. Developed by Alstom and its Alsace-based subsidiary NTL, the current prototype is low floor, feels more about standing room than seated, has deep bay windows and a ‘lounge zone’ at the back.

Worth noting, the axles are located at the extremities of the vehicle (giving it crab-like allure) to deliver a smoother ride and reduce the draw-in radius required for drivers to dock neatly at stops – “which is, for example, typically around 15 metres in Paris,” pointed out Mr Poupart-Lafarge. “Aptis is designed to considerably reduce, if not elimimate these metres altogether.” 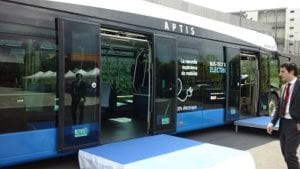 The vehicle can be charged at night in the depot, or rapidly at the end of each line during daily operations. Fast charging is either via inverted pantograph or SRS, Alstom’s  fast ground charging system.

Refusing to be drawn on the purchasing price, he focused instead on its purported range of 200km, low maintenance and operating costs. According to a press release, ‘[the vehicle has] total cost of ownership equivalent to current diesel buses.’

Ville de Paris, transport authority the Stif, and operator RATP are currently working out the details of an ambitious programme baptised Grand Paris des Bus. Likely to be put into action at end-2018, early-2019, this highly complex plan seeks to restructure and upgrade the network serving the city and its surroundings.

To reassure potential customers that electric mobility can be smoothly and cost-effectively integrated into their transport networks, Alstom plans to offer both the vehicle and an entire system (dimensioning, charging options, road infrastructure, leasing and warranty options).

Aptis is due to be tested in Paris and its region in the coming months.

Offering these autonomous vehicles (AVs) (software developed by EasyMile, vehicles built by manufacturer Ligier), as a first/last mile ‘add-on’ to its system offers is probably a good move for Alstom. As part of the drive to encourage multi-modal travel, public transport operators and authorities (often cash strapped) are increasingly seeking ways and means, such as bike and ride sharing, or better buses, to efficiently fill crucial journey gap; to avoid the need for cars.

From building trains to enhancing mobility

The other ‘smart innovations, smarter mobility’ solutions presented at the press event include:

Alstom’s acquisition of Nomad Digital  has given it a strong foothold in the fields of passenger Wi-Fi, infotainment, driver assistance, and remote condition monitoring systems for rail.

When it comes to innovation, Alstom’s strategy appears to be based in part on channelling its existing expertise into new fields; in part on forging partnerships with tech firms and other outfits doing things it can’t, or doing them better.

The company owns undisclosed shared in EasyMile with two objectives in mind – to include AVs in its system offers and, at a later date, integrate the technology into Aptis.

‘Autonomous vehicles: a potential game changer for urban mobility’, a paper released in January 2017 by UITP, details the challenges ahead and outlines a way forward for introducing AVs to cities.

A recent development, this April 2017 Alstom signed a cooperation agreement with Airbus to exchange knowledge on cybersecurity. “We are proud to cooperate with Airbus, the world leader in aviation, on this programme, which will provide operators with innovative and efficient cybersecurity solutions for safer transport,” said Pascal Cléré, senior VP of Alstom’s Digital Mobility division. “This cooperation is fully in line with our ambition to be the precursor of the field of railway cybersecurity.”

The autonomy of intercity trains and leadership of the market come 2020 are also in its sights. On this topic, Mr Poupart-Lafarge was keen to point out how the benefits of this technology will go beyond cost savings on drivers. “It will enable greater flexibility of fleets with regards infrastructure and factors external to the trains.”

On the hot topic of consolidation, Alstom’s number one remained elusive: “We are in a good position to benefit from developments over the past five years.”

He doesn’t see hyperloop technology (French Railways/SNCF has invested in it) and flying vehicles (as in Dubai) as direct competitors to rail; but doesn’t dismiss them altogether either. Indeed, the message is clear – “if integration opportunities arise from these technologies in the years to come, Alstom is interested.”

The company says that over the past 12 months it has continued to implement its 2020 strategy, which is based on customer-orientated organisation; a complete range of solutions; value creation through innovation; operational and environmental excellence; diverse and entrepreneurial people.

“We are particularly proud to have been awarded the first contract for high speed trains in the USA,” said Mr Poupart-Lafarge. “A particular focus has also been put on innovation with the launch of the first hydrogen train, as well as a number of digital solutions that meet new customer needs and passenger expectations.” 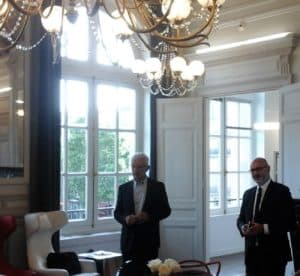 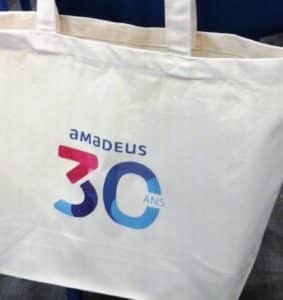 30 years of innovation at Amadeus – 25 September 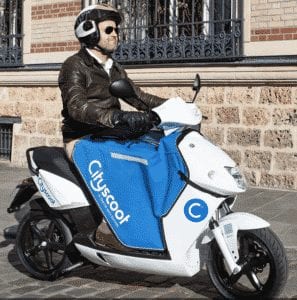