By: Joëlle Touré 8 December 2022 no comments

On 7 November 2022, the think tank Futura-Mobility welcomed Julie Duclercq, CEO of Ternwaves, founded by herself, Bruno Jechoux, and Jean-Xavier Canonici, all highly competent and between them representing 75 years’ experience in telecommunications.

The particularity of Ternwaves, as its founder puts it, was being “out of the woods” once the technology was fully mature, tested and ready for roll-out. Through a partnership with the CNRS (French National Centre for Scientific Research), the breakthroughs were validated by independent scientists. For Julie Duclercq, “it was really important for us, given the disruptive nature of the technology we are providing, that potential critics and competitors can’t find a use case where the tech might fail.” So it doesn’t.

Thanks to its technology patented worldwide, Ternwaves is essentially revolutionising the Internet of Things (IoT). The tech connects objects with ground or satellite stations. Up to this point, nothing out of the ordinary, since its better known competitors like LoRA – which holds over half the global shares for this market – or SigFox, do this too.

Except that Golden Modulation, the technology by Ternwaves, overcomes the crucial capacity limitation of these IoT networks (number of objects the network can manage simultaneously). And more besides, given the tech also enables an object to communicate even  with a geostationary satellite 36,000km from the Earth’s surface and not only those in lower orbits. So it comes as no surprise that within just a few months the start-up won four innovation prizes in the four competitions it entered!

Efficiency paving the way for future use cases

THE major strength of the technology by Ternwaves is its reliability. It can connect more objects over a given surface area with greater reliability than its competitors. One of the main constraints of rival technologies is the risk of collisions – between the messages sent by objects connecting at the same time over the same frequency range – causing  networks to crash when there are too many objects.

“In the sector, operators  tend to think their network works well when 90% of the signals sent out by objects are properly received by the network. With Golden Modulation, 10,000 objects present over one square kilometre can reliably send a signal to a ground station. With the other technologies, this level of reliability drops when you reach 100 objects,” explains Ms Duclercq.

On the one hand, the start-up from Toulouse is clearly instigating a technology disruption. On the other, in cities or even the country in the years to come, we could have sensors on vehicles – autonomous or not – in homes with automation systems, on the roads, worksites, networks, on farming land, and so forth. The long-awaited smart city can then at long last deliver its promises!

An additional strength, the technology is ultra-resistant against interference and low-observable, since the signals sent “mingle with ambient noise so are undetectable,” confirms Ms Duclercq. These features, in war zones or in the case of ‘cold’ conflicts, means the tech can withstand attacks and ensure uninterrupted capture of sensitive data.

Energy savings and so less maintenance

The advanced technology by Ternwaves promises to use just 10% the power of a smartphone for a message sent to a geostationary satellite, and more besides; when it comes to management, the energy savings of the link are important for industry customers. It is now possible to envisage transmitters equipped with smaller batteries… possibly even no battery at all, if, one day, component manufacturers succeed in harnessing the energy resources surrounding the components, like variations in temperature, vibration, waves, etc…

In the short term, this is already enabling a significant increase in the time between two maintenance operations for these transceivers, even by as much as 10 to 15 years with a sensor consuming very low energy.

The Ternwaves business model is based on selling licences for this technology, which is provided in the form of software. And this software can be introduced to ground and satellite stations that have reconfigurable architecture (SDR) without having to change equipment. So Golden Modulation can even brought to satellites already in orbit, by updating remotely. This technology is compatible with different protocols, especially those most widely used today. It can also be easily installed on the objects themselves by using electronic components on the market.

In addition, Golden Modulation enables two-way communication links. Sensors can send information to a station and the station can send back an order. In this way, connected objects are potentially no longer just data sensors but can also act as agents in situ.

If necessary, it also enables geolocating objects without the GNSS network, with accuracy to around 100 metres, which may perfectly suit certain use cases, like tracking containers, for instance. GNSS components are extremely energy-intensive and massively limit the battery life of objects. Overcoming this makes it possible to extend their duration by several years .

Ternwaves is certainly a unicorn in the making. The market opening up to the company alone, just in 2023, is “upwards of 1.7 billion connected objects with ground stations and seven million with satellites,” reckons Ms Duclercq. Here’s hoping the three founders will manage to withstand the inevitable attacks to come, as well as the tempting takeover offers, and continue developing this inspiring French start-up all the way to the stars! 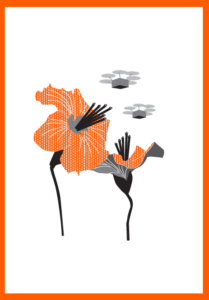 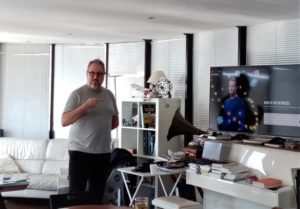 Bertrand Wolff, Antilogy: The metaverse, a world under construction? – March 2022 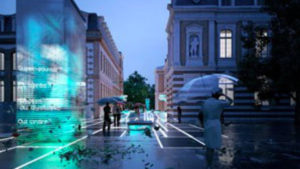